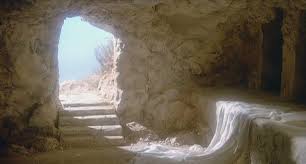 We all have had the challenge in trying to convince someone that the statement or event was true. Resurrection Sunday was happened with Jesus Christ raised from the dead and departed from the sepulcher. Even though Jesus had predicted this day would come, it just did not register with the people closest to him.

The first person to see him is Mary Magdalene (woman who Jesus cast seven devils from her). Christ honors her as the first to see him after his resurrection. He then instructs her to go and tell his disciples. The disciples love for Christ had them weeping and mourning his death. In hearing Mary’s news they refused to accept it and did not believe the report.

The next account Jesus appeared to two disciples on the road toward Emmaus. Christ passes between the two and the record said, “He appeared to them in another form …. that they should not know him.” When the restrain was taken off their eyes they immediately knew him. Once they knew, they went and told it to the rest. Again, the rest did not believe.

There is an observation of Mary Magdalene and the two disciples:

So the way to try convincing anyone of the report:

Jesus appears again to the eleven and again to prove to Thomas who was absent the previous time. After seeing prove of Jesus hands and side, Thomas now believes, but Jesus said to Thomas you saw and believed, but “blessed are those who have not seen and yet have believed.”

We have the Report!